STARS OF FILM, FASHION, SPORTS AND MOTORSPORT TO DRIVE WITH JAGUAR HERITAGE RACING

In 2013 Jaguar celebrates 65 years of fascinating roadster tradition. A total of 24 Jaguars have been entered for the race. Following the tracks of heroes past and present, the historic Jaguar’s will be followed by the new Jaguar F-TYPE on most of the route.

As a preview to the Mille Miglia, Jaguar has produced a short film, available on YouTube with statements by David Gandy, Yasmin Le Bon, Alex Buncombe and Norman Dewis, who was codriving with Stirling Moss the first Jaguar C-TYPE with disc brakes in the historic 1952 race.

DANIEL DAY-LEWIS IN A XK120 OFJAGUAR HERITAGE RACING
Entered by Jaguar Heritage, the XK120 with starting number 271 might also be listed as “Hollywood XK”. The 1953 OST (Open Sports Tourer) will be driven by 20th Century Fox CEO, Jim Gianapulos, with Daniel Day-Lewis taking the roadbook. The British actor started his career with movies like “A Room with a View“ and“The Unbearable Lightness of Being“. He won the first of his three Oscars in 1989 for his role in “My Left Foot”, the others in 2008 for “There will be blood“ and in 2013 for his role as Abraham Lincoln in Steven Spielberg’s history movie “Lincoln”.
DAVID GANDY, YASMIN LE BON AND THE XK120 – SIMPLY BEAUTIFUL
In the car with starting number 199, beautiful people engage in a perfect symbiosis with a beautiful car. David Gandy, the image of Dolce & Gabbana from 2006 to 2011, is still considered to be the ultimate male top model. At the closing ceremony of the 2012 London Olympics, Gandy was the only male model to enter the catwalk besides female fashion icons like Naomi Campbell or Kate Moss in a celebration of “British fashion”. Gandy had a part-time job as editor at Auto Express magazine, and has his own blog in the BritishVogue, and regularly writes car tests and columns for the British GQ.
His codriver Yasmin Le Bon is also a star model. Yasmin has been married since 1985 to Duran Duran singer Simon Le Bon.

LE MANS WINNER AND SIX-TIMES OLYMPIC CHAMPION IN THE THIRD XK120
The third Jaguar XK120 (starting number 200) will be driven by two Scotsmen. Andy Wallace won the 1988 Le Mans 24-Hours race in a Jaguar XJR-9 LM. In February, on a closed 3.2 km stretch of Belgian country road, he managed the stunt to accelerate the new Jaguar F-TYPE V8 S from standstill to nearly 290 km/h and brake in time without drag chute. Besides Wallace managed to reach 0-100 km/h acceleration in 4.2 seconds.
Such accelerations are nothing which Wallace’s co-driver Chris Hoy has to expect. Edinburgh-born, Hoy is a six-times Olympic champion and eight-times World Champion in track cycling. In 2008 alone he won three Gold medals, and another two at the 2012 London Olympics. Knighted by the Queen in 2009, the double honorary doctor and Member of the British Empire (MBE) can call himself Sir.

Like less powerful XK120, the three C-TYPE racers entered by Jaguar Heritage and JD Classics will feature illustrious drivers and codrivers.
Entered by Jaguar Heritage, the C-type with starting number 270 is one of the 43 cars delivered to private drivers which were fitted with drum brakes and SU carburetters. Mario Tardini used the car in the 1953 Mille Miglia, but had to retire after a damage. Later the Jaguar finished third in the over-1.6-litre class in the 1954 Swiss GP in Bern. After having competed in several Swiss hill climbs, the C-type returned in the 70’s to the UK where it was acquired by the Jaguar Daimler Heritage Trust in 1983. The car’s first outing in its “second racing life” was with Stirling Moss and Wolfgang Reitzle at the 2000 Ennstal Classic.
GERMAN ACTRESS HANNAH HERZSPRUNG IN A C-TYPE
For the 2013 Mille Miglia, Bernard Kuhnt, Director European Operations Jaguar Land Rover, will team up with German actress Hannah Herzsprung. The Hamburg-born actress is the daughter of the actor Bernd Herzsprung and the fashion designer Barbara Engel. In 2007 she won the 2007 German Film Award, followed by the Adolf-Grimme-Award in 2009. Her greatest success was in the TV series Weissensee: for her role won the 2010 Bambi as best German actress, followed by the 2011 German Television Award.
A FORMER FANGIO C-TYPE FOR TWO THOROUGHBREAD RACERS
The Jaguar C-type with starting number 269 will be driven by Alex Buncombe and Chris Harris. Buncombe is a typical all-rounder who feels equally at home behind the wheel of a current and a classical racing car. His navigator, Chris Harris, is a car tester for UK technical magazines with many years of experience. Entered by JD Classics, this bronze-coloured C-type driven by Buncombe won the 2012 Grand Prix de Monaco Historique in the pre-1953 MY sport-prototypes class. The car was in 1952 acquired from five-times World Champion Juan-Manuel Fangio who – as Maserati works driver – was never allowed to drive the car himself.
A C-TYPE FOR SIR LYONS GRANDSON AND SALVATORE FERRAGAMO JR
The C-type owned by Nigel Webb (starting number 197), the first C-type’s customer, was acquired in 1953 by Le Mans winner Duncan Hamilton. Raced until 1965, today the car is a regular at all major Classic Car Meetings. At the Mille Miglia 2013 this C-type will be driven by Michael Quinn, grandson of Jaguar’s founder Sir William Lyons, and Salvatore Ferragamo Jr, grandson and namesake of the famous Italian designer, whose family still owns the fashion house. Ferragamo is acting as brand ambassador of theRelais&Chateaux hotel chain and is the MD of Il Borro. Nestled in the beautiful Tuscany hills, Ferragamo acquired the medieval village in 1993, restored it to its former beauty, Il Borro became a luxury resort, but also a farm that produces high quality wines and olive oil.
C-TYPE: TWO VICTORIES AT LE MANS 24HOURS – AND THE FIRST WITH BRAKE DISCS
The C-type and its successor, the D-type, epitomize Jaguar’s glorious Le Mans years – five victories in the 24-hours race between 1951 and 1957. The C-type adopted the 3.4-litre six-cylinder engine of the XK120, plus its transmission and front suspension. New was the rear suspension with transverse torsion bars. Bob Knight designed a light, torsion-resistant space frame plus a subframe to support engine and front suspension. Malcolm Sayer, an aerodynamics engineer, clad the whole in an aerodynamic aluminium skin. In 1951 Jaguar competed with three C-type’s in Le Mans. Peter Walker and Peter Whitehead won at an average speed of 151 km/h. If there had been a sports car championship at that time – Jaguar and the C-type would have been the clear winners. After a total flop in the 1952 race, when all Jaguar cars had to retire because of cooling problems, Jaguar made amends in 1953, finishing first, second and fourth. Duncan Hamilton and Tony Rolt pulverised all records with an average speed of over 170 km/h.
THE ALL NEW F-TYPE GOES BACK TO JAGUAR ROOTS
With the all-new F-TYPE Jaguar is returning to the core and origin of its brand identity: a two-seated roadster with performance and agility as primary virtues, that puts the driver centre stage. Thanks to an all-aluminium body, the standard version weighs only 1.597 kg; the lightweight architecture in combination with a rear-wheel drive and an ideal weight distribution ensure ultimate driving fun. A pop-up rear spoiler and flush-mounted door handles dominate a design which, with its very few lines, is equally puristic and seductive. The engine line-up includes a 5.0-litre V8 S/C with 364 kW (495 PS) and two 3.0-litre S/C V6 variants with 250 kW (340 PS) and 279 kW (380 PS). All engine variants are combined with an 8-speed automatic transmission. The fuel-saving Intelligent Stop/Start-System is standard on all variants. An active exhaust system for the S-models delivers genuine racing sound, while the adaptive and continuous damping control of the Adaptive Dynamics system ensures superior handling in all conditions. 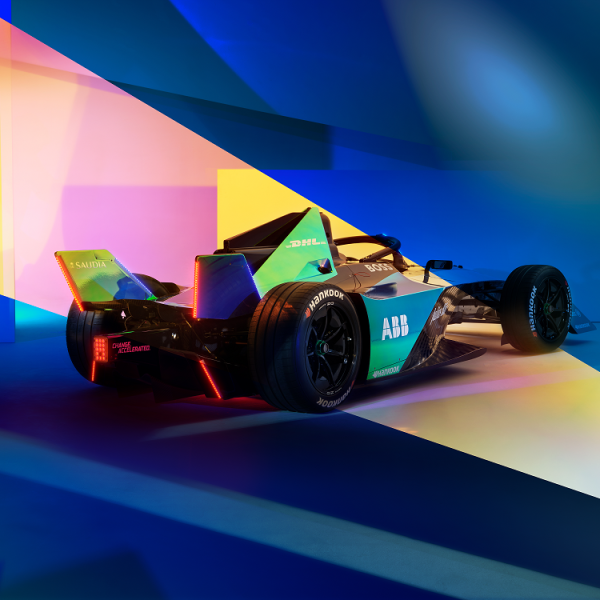 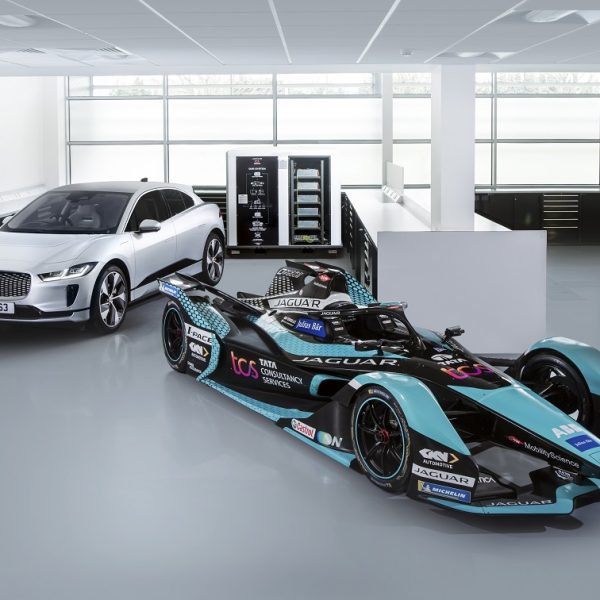